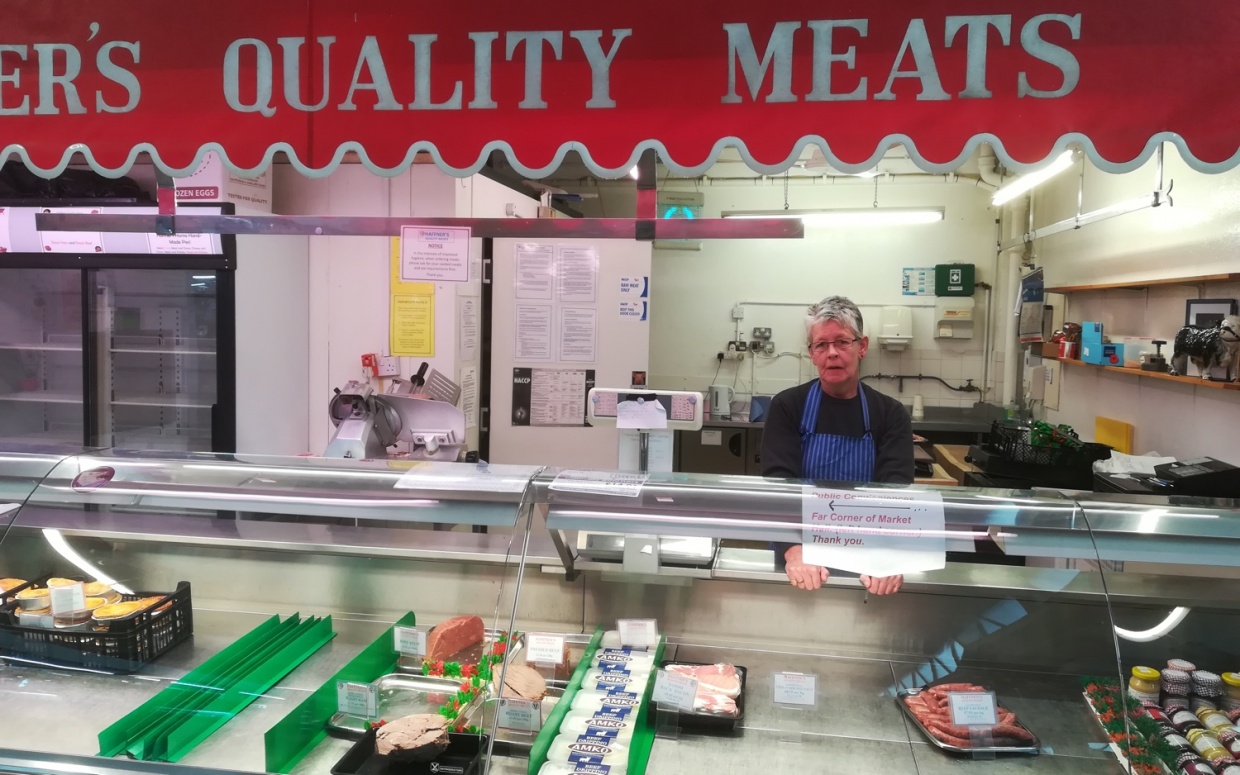 I’m from Burnley, but I moved away to London. I was there for thirty-eight years, I went to Romford to study nursing, ended up working in Slough. I’ve come back and I’ve been working here for two years.

This shop has been here since the market opened, it used to be out on the street before then. This is a picture of the original shop, and that’s Haffner there. And there’s the one who used to run it, he’s 90 odd now. It’s John Haffner now, his son – he’d be the great-grandson of the original Haffner. They make everything we sell, except the jam, and they don’t lay the eggs.

The outside market used to be huge, it had so many stalls all with roofs over them that it was like it was covered. There were big fruit and vegetables stalls, trimmings, big piles of cauliflower, everything. People used to come from miles around.

It’s bad compared to what it used to be like – full of hustle and bustle.

There used to be two florists in here, but we lost them because when the food places came in, they were spread out higgeldy-piggeldy, so the smell spread around the market, and there were complaints about wedding flowers smelling like garlic, like cooking.

They don’t take into account we’re an ageing population. People used to use the covered passageway with a lift but that’s closed now so it’s hard for people with prams or using a mobility scooter or wheelchair to get in. A while ago they closed the ramp outside for about six to eight weeks. And people had found somewhere else to shop.

Kids come in here on skateboards, on their bikes and scooters, I saw one go past a while ago. They’re not meant to! It puts off some of the older generation. They like to come here and sit and chat in the cafes. It’s like a centre.