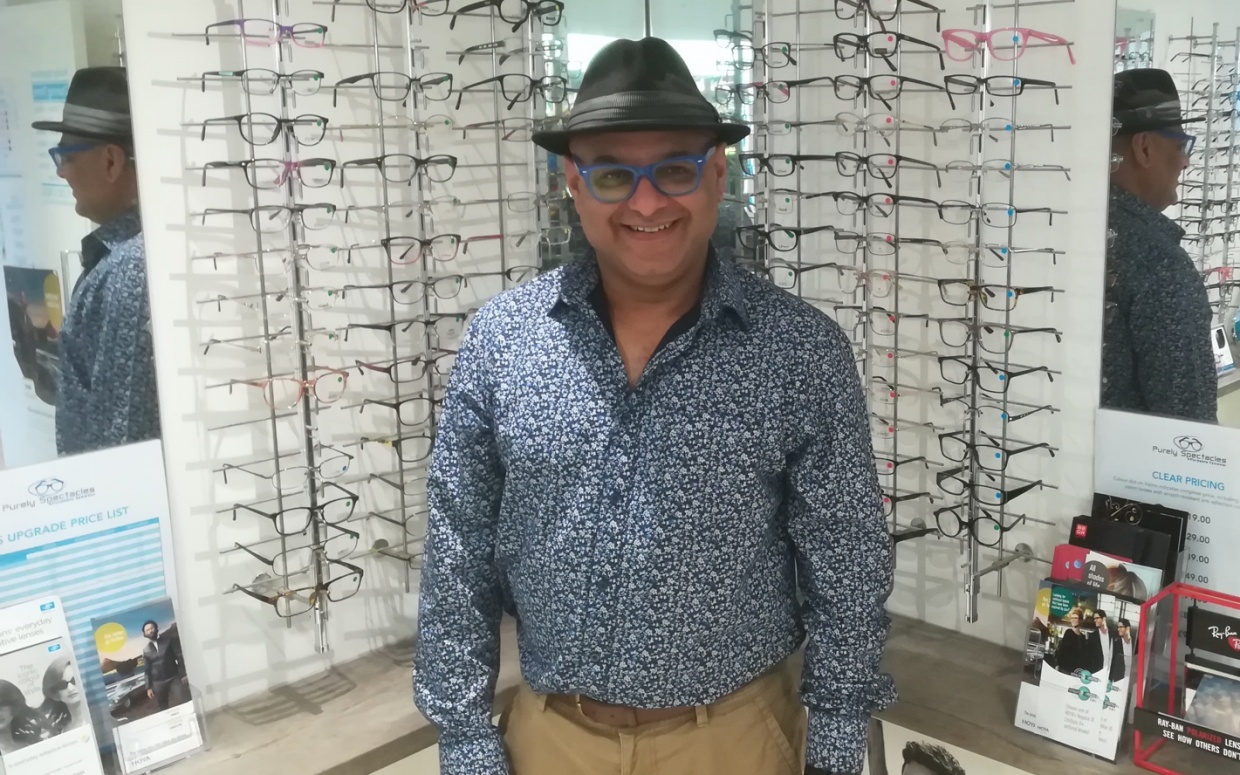 T: I’ve had this shop for two years, I’ve been in optics all my life, since ‘86. Not all my life, not when I was a baby. I used to have a shop in Oxford but I moved up to Burnley – for her! It was a love story.

M: I’m not from here either, I’m from Sheffield.

T: We met on a night out in Manchester.

M: I’d like to pretend it was somewhere memorable.

T: I was out having drinks with my friend, we were just in some pub. It’s cheaper houses here than Oxford.

M: And we’re better looking up here too.

T: And all the houses are made of stone, not brick, I like that. The roads are worse down there, they’ve just tarmaced over the old cobbled roads. The closest thing to culture where I’m from is an International Hobby Horse Festival.

I’m an amateur photographer, I shoot a lot of weddings, parties, portraits – more as a hobby than a money-making thing. Here’s a photo of someone you’ll recognise (her!) … and here’s our daughter! She’s four now, she’s at school now, but she’s often in the shop.

M: A lot of people don’t know we’re here. But we make single lens glasses in an hour. Other places don’t do that. And we’ll put new lenses in people’s favourite glasses that they’ve had for years, high street opticians don’t offer that. Everyone needs glasses eventually. My advice is try on as many glasses as you can, get pictures, sleep on it.

T: The fashion in Burnley, they’re a bit behind the South – I shouldn’t really say that. But in about three or four years they’ll be wearing round frames. Round is the thing. Yes, you should try these ones on. They suit you.